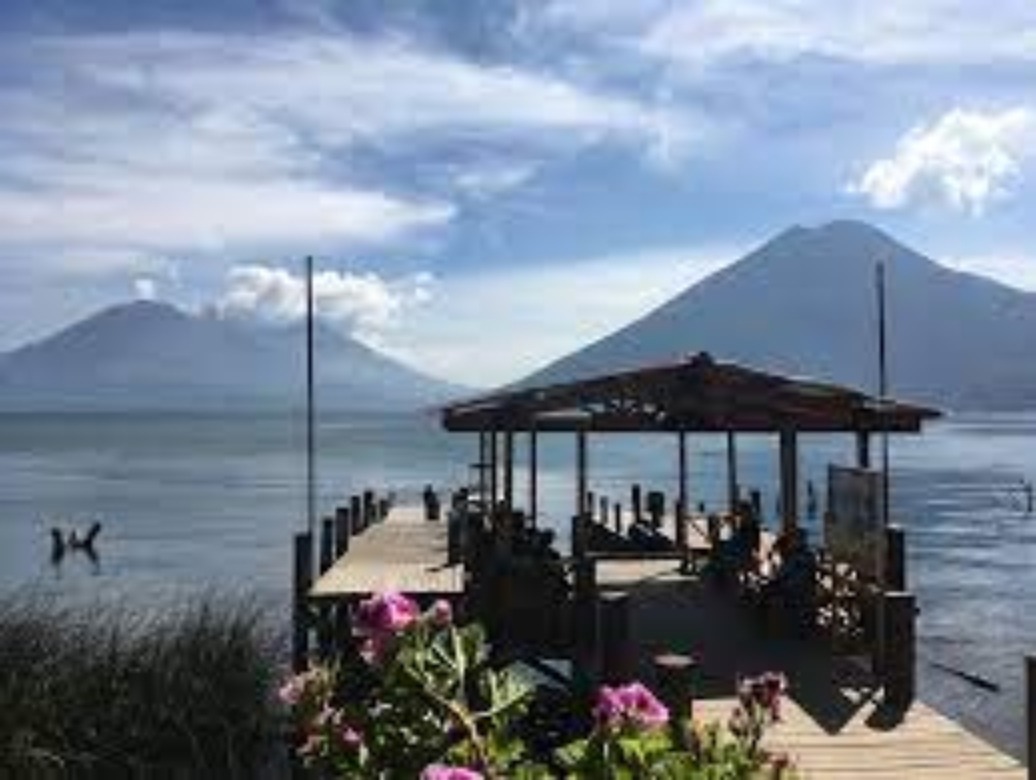 Spirituality and tourism in San Marcos: the mystical lagoon

Among the consolidated Guatemala destinations is Lake Atitlan, where the complex religious and spiritual fabric is present, from the most practicing Catholics and Evangelicals, to the most faithful followers of the New Age.

The lake, located in the Solola department, in the highlands of western Guatemala, has a unique cultural and natural history. The first aspect, the cultural one, obeys above all the presence of inhabitants of different ethnicities, languages ​​and traditions.

TRICK: Receive our latest content in join our newsletter. Do not miss news that matters in Costa Rica. Click here.

Covering an area of ​​130 square kilometers, 1,500 meters above sea level; three volcanoes that surround it and with an approximate depth of 350 meters, although these data vary according to the different sources consulted. The most widely accepted theory of its origin is that it was part of a larger volcanic crater.

The energetic and spiritual power of Lake Atitlán has been reflected throughout history. San Marcos is known as “spiritual paradise”. This statement is not far from reality by walking its streets and finding a series of elements, messages and spaces that invite meditation.

It is in this geographical space that so many locals converge; as “new locals or foreigners”; who have found a way to live together in the neighborhood, tourists who come to spend the day there, for a meditation session; yoga; an appointment with a therapist with a holistic vision; or just walk the streets of the most famous New Age destination on the lake and possibly Guatemala.

San Marcos, a city with its own characteristics, with expressions that range from the Protestant traditionalism of the post-Civil War period to the more avant-garde of the New Age, leaving aside a Catholicism strongly diminished by the influence of the self-talkers, which, as one person would say in a village café: “they made the population a more kinesthetic and less thinking group”.

But, San Marcos lives an apparent pact of tolerance between the new-agers and the locals, or at least that is what one perceives at first glance. At night, after nine o’clock, silence invades the environment like monks in a monastery, being able to clearly hear the sound of the wind.

As you walk through the narrow streets of San Marcos, and especially when you stop for a moment at the town’s main pier and observe, you will notice that every fifteen minutes there is a constant flow (sometimes more, sometimes less) of tourists and foreigners, one would therefore understand that there is an interesting movement of travelers who arrive daily in the city.

Their motivations are varied, although there is always a fundamental reason, the landscape, the spiritual connection in the place through the different holistic offerings of the place, some more oriented towards sports activities seek to go hiking, although the latter are ultimately the least.

Based on what has been discussed with people who have their business and / or holistic center, and who have been in the city for more than two decades, the number of foreigners looking to settle for at least 6 months in the city is getting older every time. At the same time, an officially unrecorded number of tourists who stay two to five nights on average are entering. Those who stay for a long time seek to integrate into existing initiatives, others, more daring, decide to create their own business.

Although San Marcos has always been in the shadow of San Pedro (another town on the lake) in terms of tourism, the increase in recent years in tourists and businesses and holistic healing centers has increased. Alongside this growth, the people questioned point out that there is another type of growth, and that is the number of foreigners who stay to live in the city for periods ranging from 3 months to an indefinite number of years.

There is still a group of people in San Marcos who travel to have a personal spiritual experience that increases their quality of life, in the words of a local, “there are still seekers”, referring to this group of people – travelers who want to find each other again.

The tourist flow is very well defined, at least for those who use the holistic centers of the city. The busy months are from November to April, including Holy Week and other holidays for Guatemalans. For foreigners coming from the northern hemisphere, this designated month period also has to do with an “escape” from winter in their home country.

A common return among tourists and travelers is that no matter how long they stay, the lake offers a unique energy that is complemented by the tranquility one breathes in San Marcos. This could be verified throughout the stay where the fact of not having land transport in the town (only in its peripheral zone), in addition to the regulation of not having high-volume sound devices after 9:00 p.m. , makes an atmosphere quite appropriate for the search for peace.

San Marcos de la Laguna is an atypical town compared to the rest of the towns that surround the lake. It seems that the New Age context has generated a population with unique characteristics, and it is the coexistence between two completely opposite worlds.

But, it is not only because one group is indigenous and the other is foreign, it is that from a spiritual point of view it seems that there is a pact of tolerance which sometimes seems weak and sometimes very loud. Anyone can think of the impact of tourists is completely negative for the community, but then, how is it possible that for more than 30 years there has been a coexistence between the two groups? The immediate response is adaptation, because it must be borne in mind that San Marcos has always been occupied by migrant populations, which creates an open space for the “new” regardless of their religious and spiritual precepts.

To a greater or lesser degree, there is a spiritual-magnetic force in the place that prompts tourists to visit San Marcos. Whether or not they are observers of a religion, there is a physical space where the visitor connects to himself.

The gastronomy and the Tzankujil Nature Reserve offer a unique experience to the visitor to San Marcos. The first is part of the desire to achieve better personal and spiritual development, it has to do with the alignment between doing activities that nourish the mind and actions such as healthy foods that nourish the body. On the other hand, the reserve is a landscaped environment which recreates the senses of the visitor, realizing an additional incentive in the search for a better person, a better traveler.

Cuba reopens to tourism as threat of protests looms