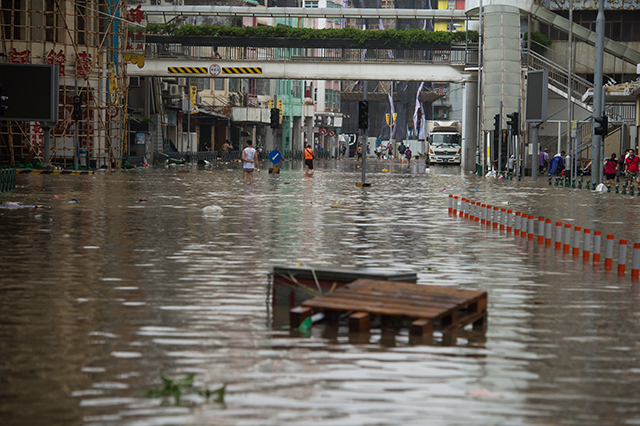 …and hardly any other jurisdiction in the world is as prone to reliance on the tourism industry as Macau, according to Fitch Ratings

Macau is mentioned a dozen times in the latest Fitch Ratings report, Physical risks from climate change are a growing threat to sovereignspublished less than a year ago.

According to the two authors, Ed Parker and Kathleen Chen, “climate change will lead to increased physical risks associated with higher and more variable temperatures, more frequent and intense droughts, floods, storms and other extreme weather events, sea level rise and environmental acidification. oceans, and loss of biodiversity and damage to ecosystems, among other effects.

“Natural disasters and extreme weather events have increased since the 1990s, especially floods and storms, while some regions have become more drought-prone,” they add.

As an example, they cite sovereign states rated by Fitch as Mozambique, Vietnam, El Salvador, Jamaica and Thailand that suffered the greatest damage to GDP over the 2000-2020 period.

In this report, Fitch assessed physical hazard exposures from a series of current indicators and climate model projections, focused on 2040-2059, using a scenario from the Intergovernmental Panel on Climate Change. climate (IPCC), which implies a global temperature increase of 2.4°C. above the pre-industrial average by 2100. “Undiversified economies threatened by adverse climate trends, with weak buffers and limited adaptive capacity are the most vulnerable,” the report says.

“Tourist destinations are at risk if they are hit by extreme weather events, if secular climate change reduces their attractiveness due to less favorable temperatures or precipitation, loss of biodiversity or damage to ecosystems, or submersion of the beaches”, warn the authors. “But others could gain if the alternatives become less attractive.”

Unsurprisingly, Fitch experts point out, “no one in the world depends on tourism as much as Macau.

“Global current account balances should add up to zero at all times (despite measurement issues), and country balances should adjust to shocks and add up to near zero over the very long term,” recommend the two experts. “But they can be persistent and adjustment can be painful, requiring slower GDP growth, for example, to compress imports.”

“Floods are the most common type of natural disaster or extreme weather event,” the Fitch report explains.

Malaysia, Costa Rica, Indonesia, Guatemala and the Philippines record the highest annual rainfall (average 2011-2020), while Bangladesh, Costa Rica, Guatemala, Panama and Malaysia record the highest rainfall the most important during the peak month, which makes it possible to better understand the risk of flooding. “Nevertheless, flood risk is complex and reflects many other factors, including event peaks in wet months, rainfall in areas upstream of major rivers, storm surges and infrastructure efficiency. , such as flood defenses and drainage.”

In the ranking compiled by Fitch, which aims to measure increased vulnerability to violent rain events (highest cumulative amount of rain over five days in 10 years, maximum month), Macau appears in a “dangerous” zone, as the graph shows. next :

Data from the World Bank, quoted by this report, show the share of the population living in areas where the altitude is below 5 m.

On this basis, the Netherlands is the most exposed, even if it has demonstrated a strong ability to mitigate this risk for several centuries.

Suriname, the Maldives, Macau, Vietnam and Bahrain also appear to be at risk.

Less ability to adapt to climate change than HK

The adventure tourism market is expected to reach $1,169,095 million; Analysis of opportunities and forecasts of the industry by 2028