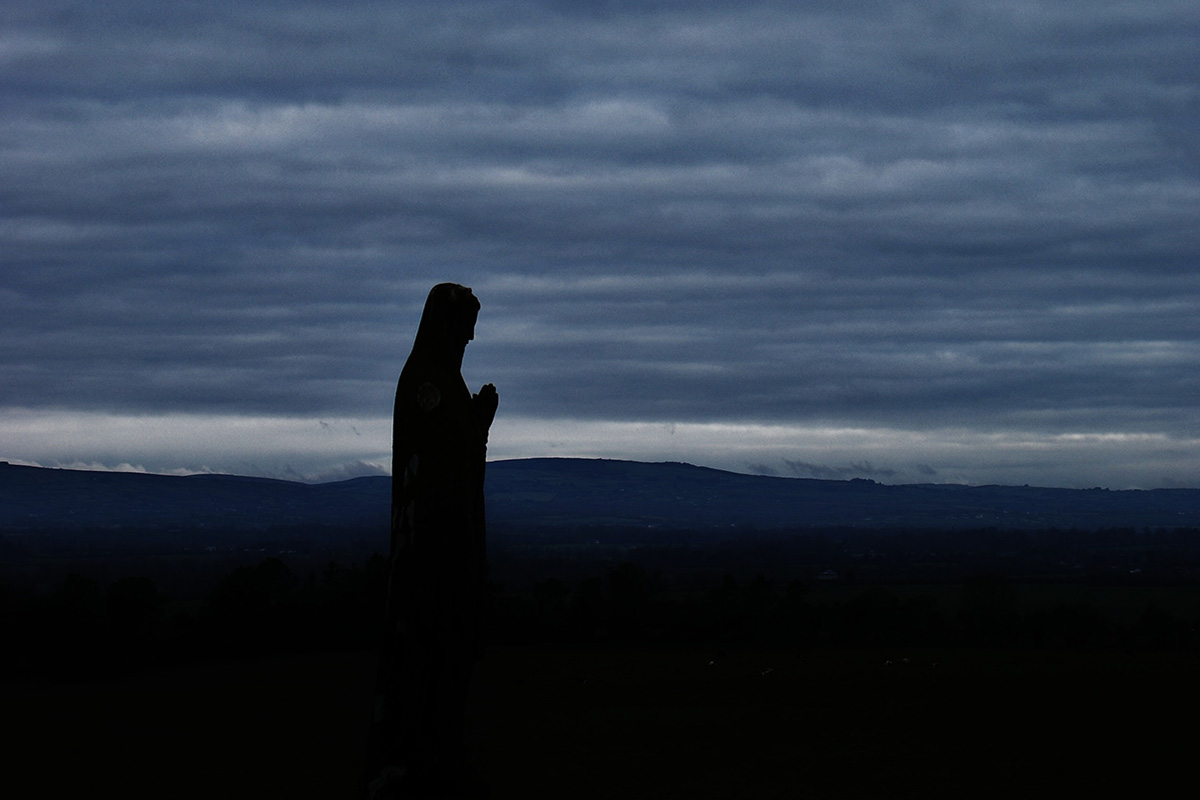 Imagine a new political economy with Myriam of Nazareth

(Photo by Alex Gindin on Unsplash)

In the 1970s, the Argentine government banned any public recitation of the Magnificat after the Mothers of Plaza de Mayo, whose children were missing, published it as their manifesto of nonviolent resistance to the ruling military junta. Guatemala did the same in the 1980s. Generations earlier, the British East India Company authorities removed it from evening prayers. Mary’s fiery speech at the beginning of the Gospel of Luke may have been the designated hymn for vespers, but it also emboldened the colonized to resist their oppressors and the traumatized poor to claim preferential love for themselves. of God.

In the white churches of North America, when the Magnificat is read during Advent and little girls gently kneel in the crib during pageants, it is difficult to evoke Myriam of Nazareth, revolutionary precursor (not less than John the Baptist) of a Messiah born in the economic disparities and class conflicts of an occupied territory. We know the Virgin Mary of sentimental Christianity well; Miriam, the Jewish peasant woman who expresses the desperate desire for liberation of her people, not so much.

In Luke’s account, Mary makes her proclamation after offering her fiat (“let it be”) in response to an encounter that we also tend to sentimentalize, avoiding the thorny questions about power and consent and about the best way to interpret the scriptural trope of the angelic visitation. . What about this unexpected pregnancy? Above all, we can idealize this part of the story.

Since last year, several state legislatures have banned abortions at very early stages of gestation. As the courts continue to hear disputes and render decisions, the laws evolve. For many Christians, abortion is a non-negotiable matter: the question that determines where they attend church, who they can be friends with, and how they vote. But it wasn’t until the 1970s that abortion was used to organize evangelicals into a reliable voting bloc to elect conservative politicians. Before that, abortion was considered a Catholic problem, and the Southern Baptist Convention has passed resolutions four times affirming a woman’s right to one. As Randall Balmer and others have argued, the anti-abortion theopolitics forged by Jerry Falwell and others aimed to mask the racism the religious right was keen to exploit around issues such as segregation and discrimination. in private schools.

A key part of this project was to make abortion first and foremost a “problem” on which Christians are expected to take a stand. But unexpected and unwanted pregnancies happen to real people who exist in time and space, in privileged and poor places, in suburbs and on city streets. These are people whose lives, like all of our lives to varying degrees, are constrained by a political economy that systematically undermines human capacities to create and maintain social bonds – to cultivate contentment, creativity, security and happiness. pleasure in everyday life. Salaried work in the US economy can be overwhelming and, for many, back-breaking, because it operates within an ideology that assumes that everyone’s value lies in their productivity.

To support and profit from this ideology, capitalism relies on procurement and care practices that it idealizes and refuses to pay: raising children, caring for the elderly, building and maintaining neighborhood ties. . Most women are necessarily part of the workforce in the formal economy, while also performing unpaid caregiving tasks in the home economy.

Thus, abortion concerns real lives entangled in the realities of home, work, wages and debt. Material poverty for some, the trap of the self-realized professional of neoliberalism for others, trauma and structural oppression for others, so many conditions (and conditioning) that contribute to the decision to end life of a fetus. Additionally, the inhumane laws of recent times reveal the continuing racial component of abortion policy, given the disproportionate rates of criminalization in communities of color.

One of the first strategies for enforcing the new law in Texas was to aggressively pursue women seeking abortions, as well as their doctors and friends. Now, the mere threat of being sued is sufficient for the cause. Despite all the emotional rhetoric surrounding the life of the unborn child, the fetus is rendered a legal abstraction and the pregnant woman a criminal to prosecute, many of whom seem eager to ask, “How do you plead? “In another political economy, it might occur to us to ask the question that Simone Weil asked people in distress:” What are you going through?

The Magnificat imagines another political economy. Like all prophetic discourse, it is both a commentary on the present and a radical vision of the incessant future of God. In her song, Mary announces an economic turnaround, a destabilization of the status quo for the benefit of those who are at the mercy of corrupt systems. When she speaks of her own “humility” and asserts that the “humble” will be uplifted, the meaning in Greek is not that of personal humility but rather that of one’s political and economic status. Bearer of the Good News before Jesus himself incarnates it, Mary seems to say to every listener: â€œI know what you are going through.

And yet, even before the words of misfortune to the rich and powerful are spoken, the Mary of Luke declares: â€œHe looked with favor on the humility of his servant. She has been seen. In our world, where those who struggle in a system stacked against them are made invisible, where their dignity and free will are routinely challenged, and where many face excruciatingly difficult decisions on matters of life and death, Miriam of Nazareth still sings her song. Can we hear it?

This article was edited on December 1, 2021. A version of it appears in the print edition under the title “Miriam of Nazareth Still Sings.”