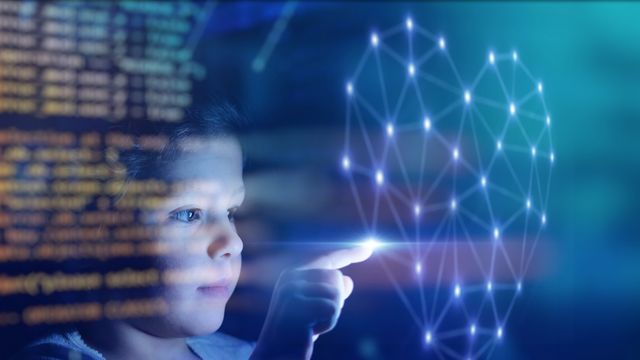 A new article has offered insight into ethical decisions when faced with a nascent healthcare innovation: the creation of digital twins (DTs) that can be used to simulate an individual’s health.

Although DTs are not yet a reality beyond limited research studies, the authors of the article Matthias Braun and Jenny Krutzinna argue that the pace of progress in the field makes it essential to discuss the ethical impacts of the technology. .

A simulation of a child’s state of health

Braun and Krutzinna, researchers at the Friedrich-Alexander-Universität Erlangen-Nürnberg and the University of Bergen respectively, focus their analysis on the role that DTs might play in improving the health profile of children.

“[We] Argue that the introduction of a solid conceptual basis into the development process is of the utmost importance for the effective protection of the rights and interests of children,” said Braun and Krutzinna Technological networks.

Digital twinning is a broad technology. Simply put, it’s about creating accurate simulations of real events or objects. By constantly updating the DT with real-time information, it can be used to track a system and even predict its future performance.

The DTs envisioned by Braun and Krutzinna are likely to involve AI-based simulations of the health status of individuals. The key thing that separates a DT from an adult from a child, according to the duo, is the unique vulnerability of children.

Braun and Krutzinna see DTs as a technology that could both address vulnerabilities that children are exposed to in current healthcare systems and also create new vulnerabilities for them.

How are children protected today?

In current child welfare systems, the authors argue, many third parties come together to make decisions about how best to serve children’s interests. Perhaps a department receives a call from a teacher or parent concerned about the welfare of a child. This service must make relatively quick decisions about how best to deal with the situation, decisions that are almost always based on incomplete information. “Very little health information is available about the actual condition of the child,” Braun and Krutzinna explain. “Knowing precisely a child’s health status and basing surrogate decisions on as accurate information as possible is a key condition to not inflicting further harm with surrogate decisions.”

Moreover, in the above scenario, the decision is made without any input from the child himself. The authors argue that international conventions, such as the United Nations Convention on the Rights of the Child (CRC), which has been ratified in every country except the United States, should ensure that decisions made about children focus on the best interests of the child and their right to participation. Obviously, this does not always happen.

Given these limitations, there is a clear call for the idea of ​​using technology to make more informed decisions about child welfare. One particular approach that Braun and Krutzinna discuss is the use of predictive algorithms to anticipate which children are likely to be at risk before they find themselves in such situations. This well-intentioned approach is not without its risks. The authors cite the case of the Allegheny Family Screening Tool (AFST), a predictive system that attempted to apply predictive risk scores to potential cases of child abuse or neglect that came through the Children’s Bureau, Youth and Families (CYF) of Allegheny County, Pennsylvania.

As detailed previously, the tool suffered from an inherent bias as it incorporated measures of the likelihood of a family being referred to authorities. This meant that black and biracial families scored disproportionately higher, as the wider community was three and a half times more likely to report them to the county office hotline than white families. Some subsequent reviews of the tool suggest it remains “less bad” than existing filtering tools, but the case reveals the dangers of viewing predictive tools as objective or free from bias.

Can TDs avoid the pitfalls that predictive technologies fall into? DTs are also designed to make predictions, but unlike AFST, they are constantly updated with real-time information about a given child.

A child’s DT could integrate their medical data, genetic data, and current metabolic data from sources such as wearable devices. The authors explain what would be their ideal use of a DT – an individual digital representation of a natural person, with verified and secure data that can be controlled by a guardian or by the child themselves. Braun and Krutzinna say that one of the most important aspects of an idealized DT would be its ability to involve the child in decision-making processes. “Since a central aspect of DT technology is the interaction between the digital twin and the simulated person (in our case the child), the decision-making processes could be designed in such a way that the children themselves same can, for example, decide to authorize their DT to bring certain health information which is important for them in the process of decision-making”, they say.

TDs could not only act to make up-to-date information about a potentially at-risk child more accessible, but also to maximize the reach of any input from the child themselves. Rather than repeatedly sharing potentially traumatic events with multiple parties, all inputs shared by a child in a DT system could then be made available to required third parties without forcing the child to repeatedly testify.

The authors ultimately conclude that an ideal DT system should thread an ethical needle. While the surveillance that would be required to operate a DT would undoubtedly be seen as a potential privacy risk, current procedures, such as misinformed investigations by child protection authorities, are also likely to have impact on privacy.

Braun and Krutzinna summarize this ethical dilemma in their article: “The question is whether there is an acceptable level of surveillance which, when applied and used correctly, leads to greater respect for the right to bodily integrity.

Many ethical dilemmas remain unanswered at this stage – the question of who would decide whether to have a DT created for a child, and whether the most vulnerable children would be able to access a DT, for example, is not fully discussed in Braun and Krutzinna’s Analysis. But what the authors are most passionate about is the need to have these discussions urgently. “We need to learn how difficult, if not impossible, it is to think about prescriptive conditions and consequences only when a technology is already in use,” the duo write, citing the example of CRISPR, the gene-editing technology which took just six years to go from first use in biological samples to editing the genomes of unborn children.

In short, if this is the first time you’ve heard of DTs, be sure it won’t be the last – there are many ethical debates to come. These debates will likely decide whether the technology will prove to be a tool to improve children’s health or to impose unnecessary surveillance on the next generation. As the authors conclude in their paper, “Consider how DTs can be ethically developed in ways that eliminate existing grievances in proxy decision-making, and at the same time make respective representatives more visible, is essential to shape the future responsibly.