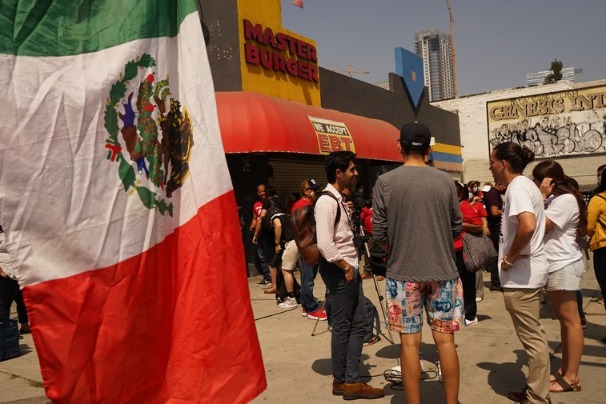 Critics are mounting after a controversial Americas summit hosted by the United States last week was marred by several high-profile absences.

Overall, the event may not have been favorable to the host country, according to Eugenio Aragao, Brazil’s former justice minister and adviser to former president Inacio Lula da Silva, who is running again in the Presidency.

The summit “showed much greater regional resistance to pretentious US leadership, and mainly because the US kicked Nicaragua, Venezuela and Cuba out of the summit, (which) was very badly received by almost all participants,” Aragao said.

Joao Cumaru, a political scientist specializing in international relations, said the meeting showed a very divided region. “It has not given concrete signs of progress in the dialogue between the United States and the countries of the Americas, nor in terms of relations,” he said.

“The summit (this year) was considered a failure even before it started…it reflects a much larger problem – the lack of US engagement with Latin America,” Cumaru said.

Speaking from Recife, the capital of the Brazilian state of Pernambuco, he noted that “American investment has slowed in the region (of Latin America), which has been hit hard by the pandemic.”

The Ninth Summit of the Americas took place in Los Angeles, California from June 6-10. The goal of the summit, which began in 1994, is to bring together political, social and economic leaders from North, South and Central America and the Caribbean to discuss the future of the region. This year’s event was mired in controversy, driven by the fact that several country leaders were not invited.

“There was undoubtedly tension in the plenary due to the absence of several Heads of State. A tension that reflects the ideological compass that guides Latin America today, and that will make it difficult, at least in the short term, the reconquest of the United States its influence in the region,” said Joshua Cespedes, a Venezuelan political scientist now based in Chile.

The leaders who were not invited were Venezuelan Nicolas Maduro, Nicaraguan Daniel Ortega and Cuban Miguel Diaz-Canel.

“Mexican President Andres Manuel Lopez Obrador led a boycott of the summit, supported by (some) other countries, due to the non-invitation of Cuba, Nicaragua and Venezuela. The reason given by the United States was that countries whose actions do not respect democracy should not be invited,” said Pedro Carmona, a former Venezuelan opposition leader who is now an academic at Sergio Arboleda University in Bogota, Colombia, China Daily.

Argentine President Alberto Fernandez, acting as head of the Community of Latin American and Caribbean States, took on the role of spokesperson for those who were not invited and criticized US President Joe Biden for his exclusion.

“We certainly would have wanted another (type of) Summit of the Americas. The silence of those who were absent challenges us,” Fernandez said during a speech at the summit.

“So that this does not happen again, I would like to clarify for the future that the fact of being the host country of the summit does not give us the capacity to impose a ‘right of admission’ on the member countries of the Union Dialogue in diversity is the best instrument to promote democracy, modernization and the fight against inequalities,” he said.

Beyond the controversy over uninvited leaders, the United States has proposed a migration policy for the region. Washington has promised to provide aid and promote development in the Northern Triangle, the geographic region made up of Guatemala, Honduras and El Salvador, three countries from which hundreds of thousands of people migrate to the United States. United via Mexico every year. In 2021, more than 1.7 million illegal migrants were detained by US authorities on the southern border with Mexico.

“It is a positive response, although insufficient to the migration crisis that our continent is going through from north to south,” Cespedes said in Chile.

Still, many analysts in the region are skeptical of the announcements and promises made at the Los Angeles event.

“I am very skeptical about this type of summits and meetings…because despite the good intentions, little is formalized with the aim of implementing policies that, in some way, improve the quality of people’s lives,” said Ramon Abasolo, a lawyer and political analyst in Lima, Peru.

“Of course, the final statement on the issue of migration is important, but we will have to see to what extent it translates into improvements for the migrant population or more humanitarian treatment,” Abasolo said.

According to Carmona, an academic and former leader of the Venezuelan opposition, the challenge after the summit is to ensure that the agreements and objectives defined during the meeting are respected. “And that the ideological differences in the region be ironed out.”

The author is a freelance journalist for China Daily.