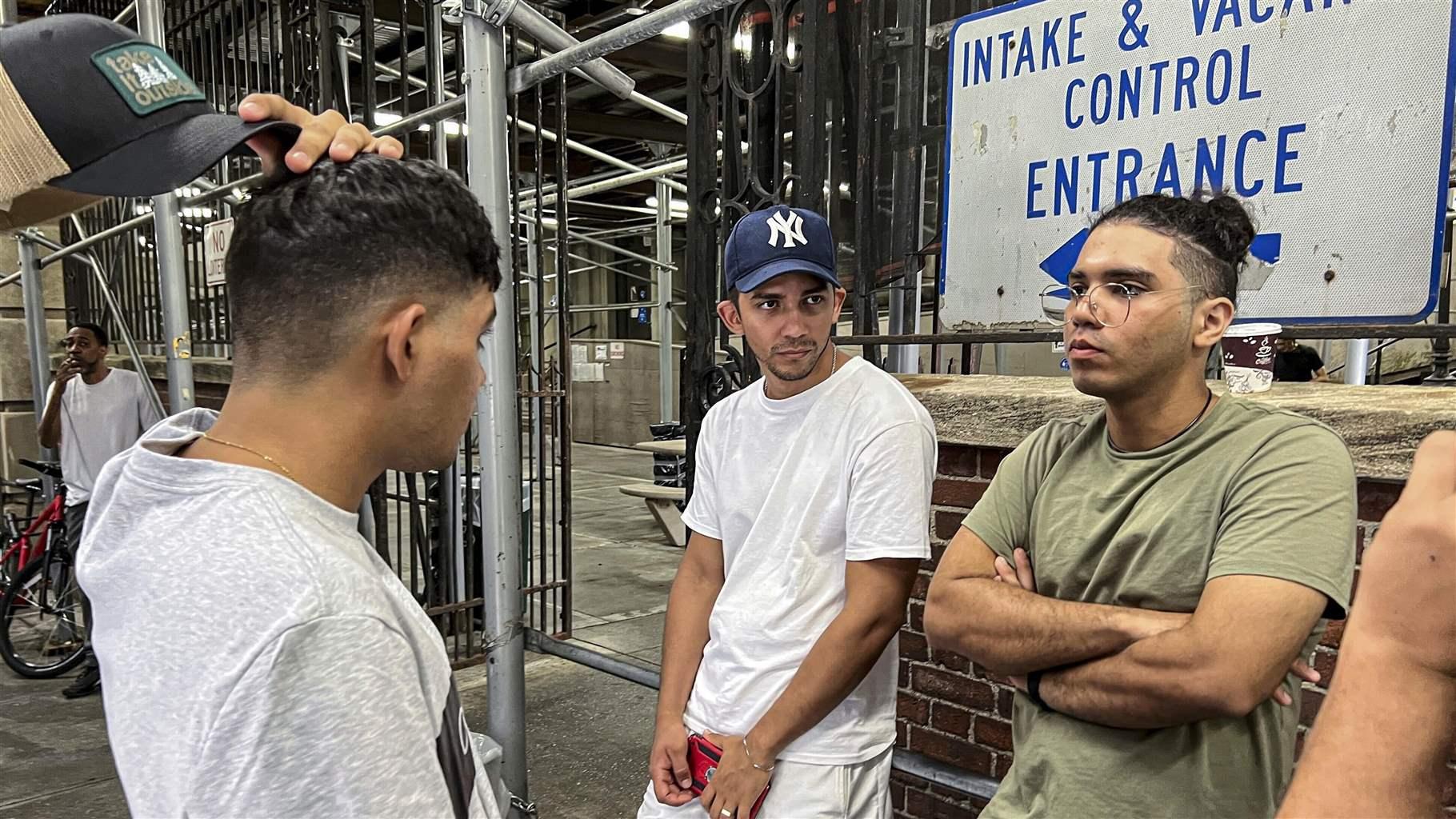 Without the policy, migrants often use buses and planes to seek safety

Editor’s note: This article has been updated to clarify the description of the Migration Policy Institute and its position on possible immigration policy changes.

Although some Republican governors are using migrant buses to try to embarrass Democrats, transporting migrants from border areas to places where they can find shelter can be an important part of handling an unprecedented influx of applicants. of asylum.

Providing bus and plane tickets has long been a method used by local authorities and advocates trying to expedite migrants’ path to family and friends while they legally seek asylum, and clear shelters for new arrivals. But experts and advocates stress that the transport must be welcomed by migrants and coordinated with the people who will receive them.

“The idea of ​​getting people from the border to their final destination, if they’re going to apply for asylum, isn’t a crazy idea, especially if it’s done well. This is an interim solution while we work on policy solutions,” said Andrew Selee, president of the Washington, D.C.-based Migration Policy Institute, a think tank that promotes more legal immigration and other policy changes for discourage individual border crossings seeking asylum. “There are so many people wanting to come here right now and so much demand for their work.”

The thousands of migrants who have been offered bus rides to Chicago, New York and Washington, D.C., by the governors of Texas and Arizona represent only a tiny fraction of the record movement of migrants across the Mexican border, driven by the demand for their work, repressive conditions and economic crises. in countries like Cuba, Nicaragua and Venezuela.

At the Arizona border near Yuma, most asylum seekers released from federal screening, about 350 a week, board planes in Phoenix with tickets purchased by friends and family, a said Amanda Aguirre, a former Democratic state senator who is president of the nonprofit Regional Center for Borders Health in Somerton. Only about 60 people a week use Arizona-provided buses to reach areas near Washington, DC, she said.

“People are protesting against the buses, but most [migrants] arrive at airports,” said Aguirre, whose organization helps migrants get to where they need to go once released from federal border control. The same is true at the Texas border, the attorneys said.

The Democratic-run city of El Paso, Texas, recently began providing buses as a wave of Venezuelan migrants overwhelmed shelters in the city. The city chartered at least 60 buses since August to take 3,000 people to New York and Chicago.

“We don’t send people where they don’t want to go. We make sure to help them,” said El Paso Mayor Oscar Leeser, a Democrat. in a recent interview with ABC News.

GOP governors ferry migrants to blue cities, but many exit in red states

The city of Albuquerque, New Mexico, is helping asylum seekers with travel arrangements under the Democratic administration of Mayor Tim Keller. Most migrants have to leave because the state does not have an immigration court where they can seek asylum. Still, most organize their own flights or buses, and others get help through private donations organized by volunteers, said Michelle Melendez, director of the city’s Office of Equity and Inclusion. .

Over a four-week period, from late August through September, the group helped more than 5,700 people leave San Diego, with about 85% leaving the state, according to statistics published on its website. Many migrants pay their own way, but in some cases the group buys bus and plane tickets with the help of local and state money as well as private donors, but unlike Arizona and in Texas, it does not provide scheduled charter buses to a single destination.

“Our goal is to ensure that customers reach their destination comfortably. They have had traumatic experiences,” said Kate Clark, senior director of immigration services for the Jewish Family Service.

Florida and Texas received the most asylum seekers, according to federal statistics. Republican governors there and in Arizona have spoken out on sending migrants on buses to Democratic cities, though many runners land in red states anyway.

Federal asylum offices in Florida, where migrants register while awaiting asylum hearings, received the largest share of asylum seekers, about 45% of the national total of 43,289 applications between January and March of this year, the latest figures available. Houston handles about 10% of cases, which may include migrants living in neighboring states, and about 9% are handled in the Washington, DC area through an office in Arlington, Virginia.

Asylum seekers paroled at the border do not have legal work permits until an immigration court accepts their case, which can take years.

The country’s top border official, Customs and Border Protection Commissioner Chris Magnus, has accused Republican governors of “luring” more migrants with transport to the East Coast and false promises of work in the Democratic cities.

A group of Venezuelan immigrants filed a complaint on September 20 against Florida GOP Governor Ron DeSantis claiming they were misled into boarding a plane that then landed unexpectedly in Martha’s Vineyard, Massachusetts.

History of the Stateline
October 7, 2021

Immigration advocates in New York and Washington, DC, have also complained that Texas state-sponsored buses arrive without notice or coordination and that migrants are often hungry or sick. Arizona buses, on the other hand, serve food and transport medical professionals to help migrants on the way.

“Arizona is definitely the best example of doing this the right way,” Selee said.

In the 11-month period from October 2021 to August 2022, the US Border Patrol said it found 2.15 million people crossing the border from Mexico, a record for a year and more than four times the level of 2020.

Some of these border crossings are second or third attempts, as migrants blocked from seeking asylum keep trying, said Sara Ramey, director of the Migrant Center for Human Rights, a legal services group in San Antonio, Texas. .

This does not include thousands who come to the United States on tourist visas each month from Haiti, Nicaragua and Venezuela who also often seek asylum, said Ava Benach, an immigration attorney in Washington, DC, who has helped hundreds of migrants with asylum applications.

“There are a ton of Venezuelans and Cubans all heading to Florida,” Benach said. Along with Nicaraguans, she added, these migrants often complain of repressive semi-governmental “community brigades” that enforce left-wing ideology in their home country and threaten or harass anyone seen as a dissident.

Texas GOP Governor Greg Abbott cited the announced end to a Trump-era border policy that immediately deported migrants to stop the spread of COVID-19 when Abbott began offer bus rides to migrants in April. However, the so-called federal Title 42 restrictions are still in place, resulting in deportations at the border for many people from El Salvador, Guatemala, Honduras and Mexico.

But Cubans, Nicaraguans and Venezuelans cannot be deported from the United States because Mexico will not accept them, Selee said.

The Biden administration, in light of the influx, negotiate with Mexico to let more of those migrants be sent back across the border, U.S. and Mexican officials told Reuters.

Sidel commits to the circular economy by joining R-Cycle