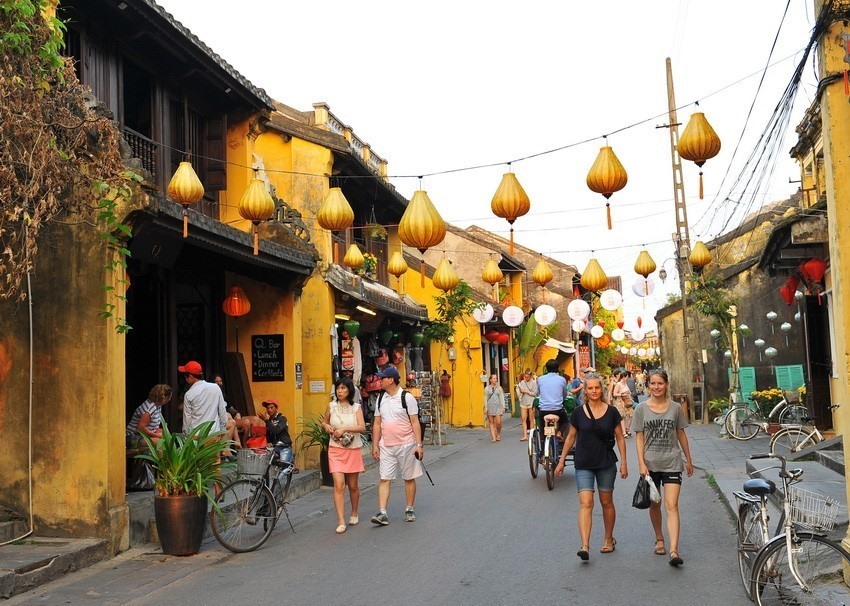 Việt Nam has the highest increase in tourism development index

HÀ NỘI — Việt Nam’s tourism has moved up eight places in the 2021 Tourism and Travel Development Index (TTDI), according to the World Economic Forum (WEF) report.

Việt Nam saw the biggest improvement in its score, rising 4.7% from 60th to 52nd on the overall index. Indonesia and Saudi Arabia also saw big improvements in their rankings, with an increase of 3.4% to 32nd place and 2.3% to 33rd place, respectively, according to the report.

WEF report shows that Việt Nam’s improved ranking is the result of its achievements in COVID-19 prevention, safe and flexible pandemic adaptation measures and continuous efforts to develop safe tourism .

The report notes that the relatively stagnant results of the TTDI reinforce the difficult situation facing the travel and tourism (T&T) sector. On average, TTDI scores only increased by 0.1% between 2019 and 2021.

According to the report, besides the United States (2nd), the 10 highest-rated countries are high-income economies in Europe and Eurasia or Asia-Pacific.

Japan tops the rankings, while the other regional economies, Australia and Singapore, rank 7th and 9th respectively. Meanwhile, Italy joined the top 10 (up from 12th in 2019) in 2021.

The Asia-Pacific region is the second best performer in the ranking. Of its 20 constituent economies, 12 are above the TTDI average and 13 have improved their scores since 2019.

Many of the most developed economies in the region have world-class transport, tourism, healthcare and ICT infrastructure, high levels of international openness and investment in T&T, business environments conducive environments, high performance for socio-economic resilience and a skilled and productive workforce.

On the other hand, the advantage of the region’s less developed economies in terms of price competitiveness and wealth of natural assets is often offset by shortcomings in the aforementioned factors such as tourism, health and ICT infrastructure, international openness and socio-economic resilience.

However, these gaps are closing somewhat, as lower-middle-income economies in the Asia-Pacific region have improved their performance, with particularly strong growth in areas such as ICT readiness.

The 2021 TTDI is an evolution of the 15-year-old Travel & Tourism Competitiveness Index (TTCI) series, according to the WEF. Over the past two years, the severe damage caused to the tourism sector by the COVID-19 pandemic has completely changed its approach in that the forum has changed the ranking from TTCI to TTDI.

The transformation from TTCI to TTDI reflects the index’s increased coverage of T&T development concepts, including the impact of sustainability and resilience, on T&T growth. It is designed to highlight the sector’s role in wider economic and social development, as well as the need for collaboration among T&T stakeholders to mitigate the impact of the pandemic, support recovery and cope. future challenges and risks.

Covering a total of 117 economies, the TTDI ranking is based on the assessment of a set of tourism development capacity indices which consists of five sub-indices, focusing on assessing the role of the tourism industry tourism in wider economic and social development. —VNS