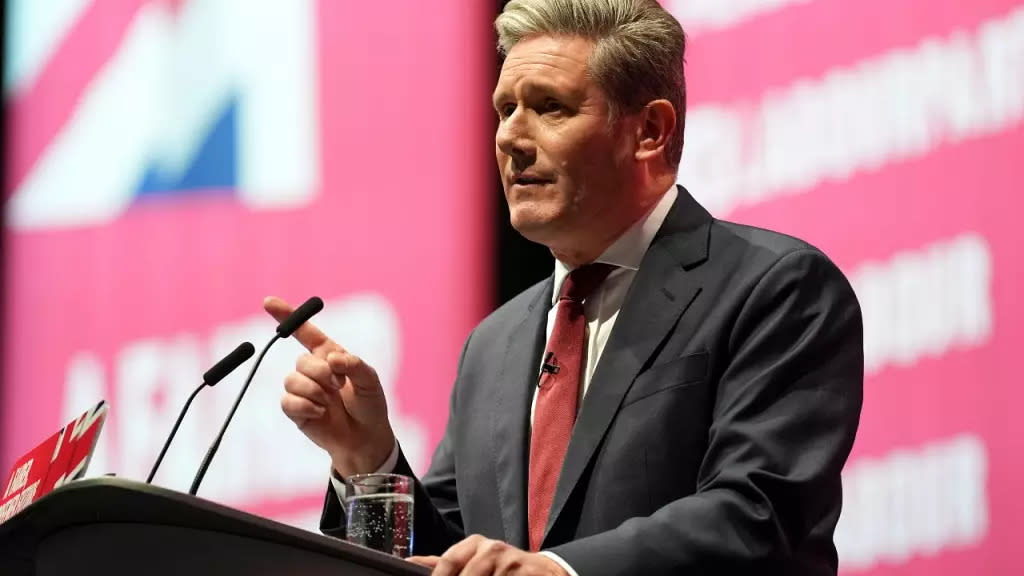 His speech at the party’s annual conference in Liverpool comes as a new opinion poll suggests Labor has reached its biggest lead in the polls in more than two decades over the ruling Tories.

The opposition party is 17 points ahead of the Tories, a level of support not seen since 2001, when Labour’s Tony Blair was Prime Minister, according to the YouGov poll.

Although Russia’s war in Ukraine sparked the energy crisis, Starmer said it did not spare the government blame for disastrous policy moves. Labour, he said, would stand with Ukraine and “never allow imperialism to succeed”.

His speech was dragged along as an attempt to reclaim the ‘central ground’ of British politics, including promises that a Labor government would create jobs, improve skills and tackle climate change rather than cut taxes for the most rich.

Less than three weeks after Truss took over as prime minister from Boris Johnson, his government made a major shift to the right economically, spooking financial markets and Tory backbenchers alike.

Starmer said the events of the past few days had no precedent. “The government has destroyed the pound,” he told the party conference, adding that “they did all this not for you, not for working people, but for tax cuts for the richest 1% of society.

“The trickle-down economy doesn’t work,” he added later in his speech.

The Labor leader has pledged to reverse the abolition of the top rate of income tax and restore it to 45%, and to re-engage with a value for money office to watch the money taxpayers and ensure that it is spent in the national interest. He also announced plans for a state-owned energy company.

Labour’s position has improved dramatically even from just a year ago, when battles with left-wing supporters of former leader Jeremy Corbyn underscored deep divisions within the party after a punishing election defeat in 2019.