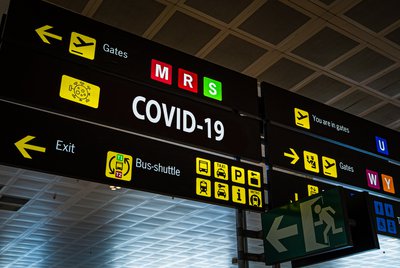 A number of countries have closed their borders to South Africa amid a spike in Covid-19 cases, largely due to the recently discovered Omicron variant.

Relaxing some of those restrictions puts SA back on the top contender list as one of the top vacation destinations this holiday season.

The Tourism Department welcomed this initiative.

â€œEarlier this week, the German government announced that Lufthansa would continue to fly to South Africa and that German nationals could travel to South Africa,â€ department spokesman Steve Motale said.

â€œAn additional number of airlines have eased restrictions on overseas travel and South Africa welcomes these markets to its shores ahead of its summer season. Qatar Airways and Air France have also announced the resumption of inbound and outbound flights to South Africa.

“At this stage, this arrangement is not yet reciprocal and South Africa is in permanent dialogue with these countries to lobby for the ban to be completely lifted.”

With the rise in infections, Motale adds that the government will ensure the country remains on high alert as it prepares for increased activity.

â€œTo ensure the safety of tourists and the sector, norms and standards for the safe functioning of the tourism sector in the context of Covid-19 and beyond had been implemented. “

The world redesigned: investing in the economy of creators

Urgent message to the Italian Ministry of Tourism: Time is Up!