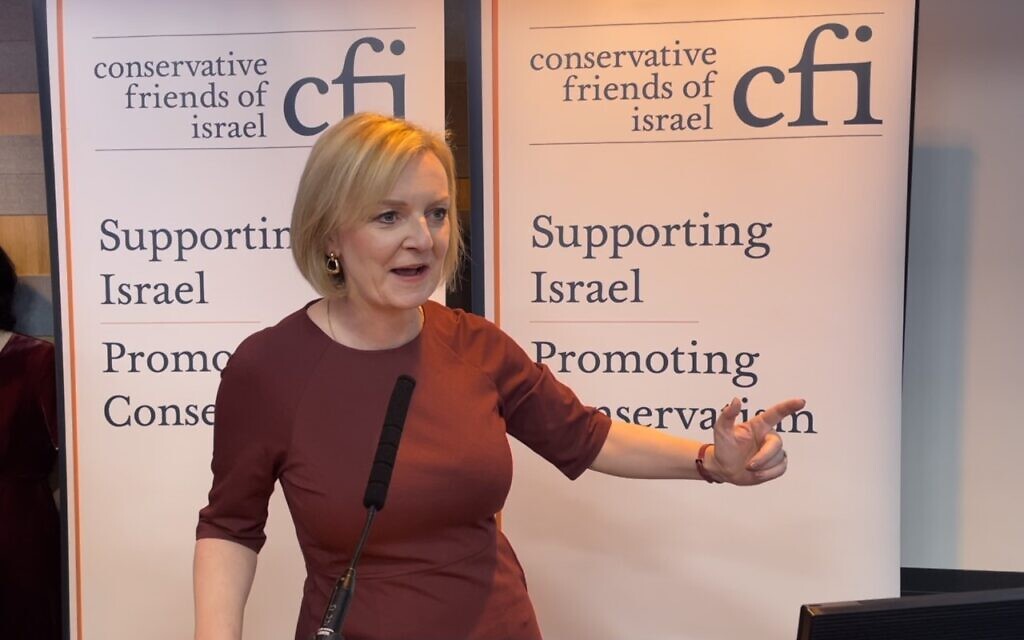 OPINION: Liz Truss, the embassy and the politics of the empty gesture

These days, more than most, columnists are on a hiding for nothing. Pull out your little violins and weep for those of us who are condemned to predict things and who, in the blink of an eye, are overtaken by events.

So it is with some trepidation that I turn to (and I can’t believe I’m typing this) Prime Minister Liz Truss, currently at 10 Downing Street, but as far as I know, while she was walking out the back door with Chancellor Kwasi Kwarteng the minute those words hit the street.

Because, not content with plunging the pound into a tailspin and causing untold damage to the UK economy in JUST THREE WEEKS (I know, I can’t believe it either, even Johnson took longer than that), Truss threw sweeteners in the direction of Israel.

Please, I thought, registering the perverse effect that Truss’s dead hand policy was having domestically, please leave the rest of the world alone, and in particular, if he please leave Israel out of your calculations. But no. Truss has decided, for reasons beyond me – and everyone else – to announce that it is considering moving the British Embassy from Tel Aviv to Jerusalem.

Not content with plunging the pound into a tailspin and causing incalculable damage to the British economy, Truss launched sweeteners in the direction of Israel.

She first made the suggestion at a pre-election event hosted by the conservative Friends of Israel, and I can see why she might have said this to a faithful audience. It’s gestural politics, but one more empty gesture: a cheap shot to wake up the populace and rally them, with no perceptible benefit.

I then thought that Truss had made her announcement to please the crowd and predicted that she would never keep that unnecessary promise. So for those who practice her commentary, I thought, really, calm down, she won’t.

But now she’s said it again, this time in New York for the United Nations General Assembly. Fresh from the Queen’s funeral where she wasn’t required to do anything but wear black and read something monotone at Westminster Abbey, Truss appears to have decided to make herself ‘interesting’ repeating this “considering” suggestion. is about the only wise thing about it – because if she doesn’t honor the offer to move the embassy she can always say she was advised against and it wasn’t a full-scale engagement in the first place.

This week, however, The Guardian recalled that Donald Trump’s relocation of the US embassy from Tel Aviv to Jerusalem in 2018 sparked widespread protests from Palestinians – and the move was indeed heavily criticized by the British government of the time.

Now, I can’t say, hand on heart, that the Palestinians care too much about what Britain is doing, and it may well be that if the embassy actually did the unthinkable and moved to Jerusalem, about as much attention would be taken from his new premises as those in Guatemala or Honduras, which followed in the concrete footsteps of Trump.

I know what some elements of Israeli society think it would be necessary for Britain to leave its building on Hayarkon Street in Tel Aviv for hot desks in Jerusalem, which, given the performance of the sterling against the dollar, is about all Britain is likely to be able to afford.

But what would really be the benefit for Britain? Such a decision would render us incapable of offering a neutral voice in the Arab-Israeli conflict, in an attempt to persuade the Palestinians to return to the negotiating table.

I’m going to step forward here and predict that Truss won’t stay in office long enough to take such a reckless “consideration”. Nor should those in Israel who support the move bet on its longevity.