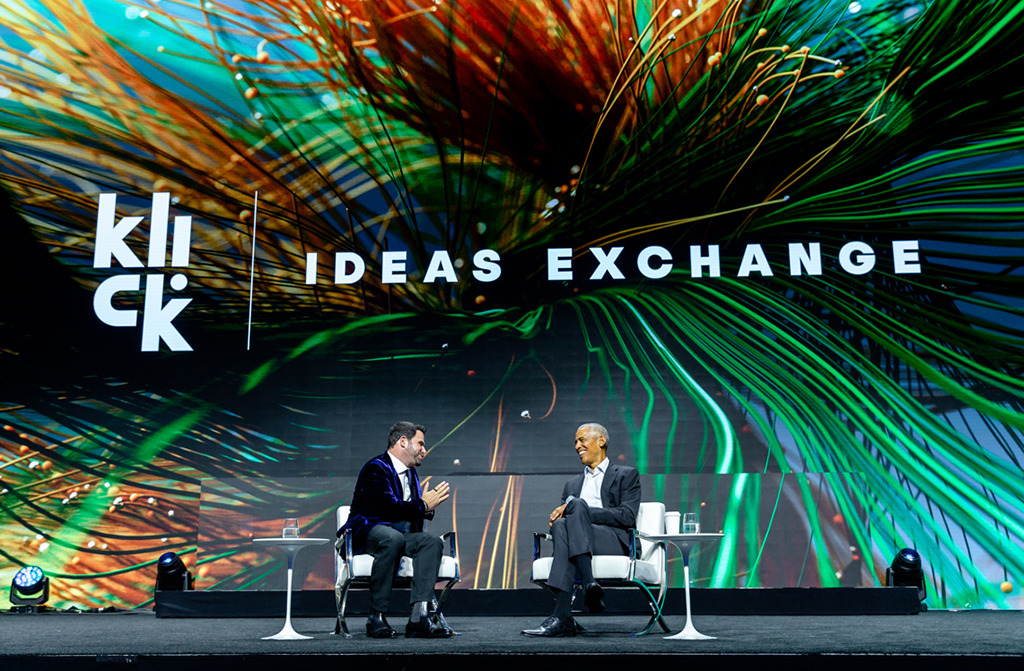 President Barack Obama discussed the state of health care, the qualities most critical to being an effective leader, and the effects of social media at the Klick Ideas Exchange, held Thursday night in Brooklyn.

In a conversation with the co-founder and president of Klick Group Leerom SegalObama also weighed in on the factors driving the health care industry and how America has changed since he was first elected in 2008.

The conversation focused on one of Obama’s key legislative achievements: the Affordable Care Act, which extended health care coverage to millions of people and resisted several attempts to repeal it. Obama said passing the law was a difficult task because it required moving America from an employer-sponsored health care system to one that would cover those who were uninsured or underinsured. insured.

“We had to build a platform so that people who weren’t receiving health care as part of their job, or who were independent contractors or between jobs, could benefit from basic health security,” did he declare.

There is still work to be done to solidify the coverage gains made through the ACA, Obama added, though he praised President Biden and his administration for bolstering grants that expand options for patients.

Looking to the future, Obama hailed the potential of young people to take the reins of power, noting that the Obama Foundation is created to support the next generation of leaders. He urged older generations to be willing to consider the ideas of up-and-coming thinkers and challenge the status quo.

While praising technology and social media for encouraging more citizen engagement in political discourse, Obama warned of the downsides of misinformation. He compared the trajectory of modern technology to the principles of the scientific method, calling for a more critical consideration of ideas disseminated through social channels.

“Changes in our information technology have amplified or strengthened those who want to challenge authority,” he said. “That may be appealing, but in the theory of our democracy and the First Amendment, we have a marketplace of ideas where you have certain rules for determining what’s true and what isn’t. By following these rules, we ultimately believe that we will find a better result.

In addition to topics important to the medical marketing industry, Obama also touched on the dangers of climate change, the implications for businesses navigating a post-COVID landscape, and the experience of raising two daughters while serving as US President. -United.

The conversation with Obama was preceded by a presentation by philanthropist Michael Milken and followed by a performance by Tiësto.