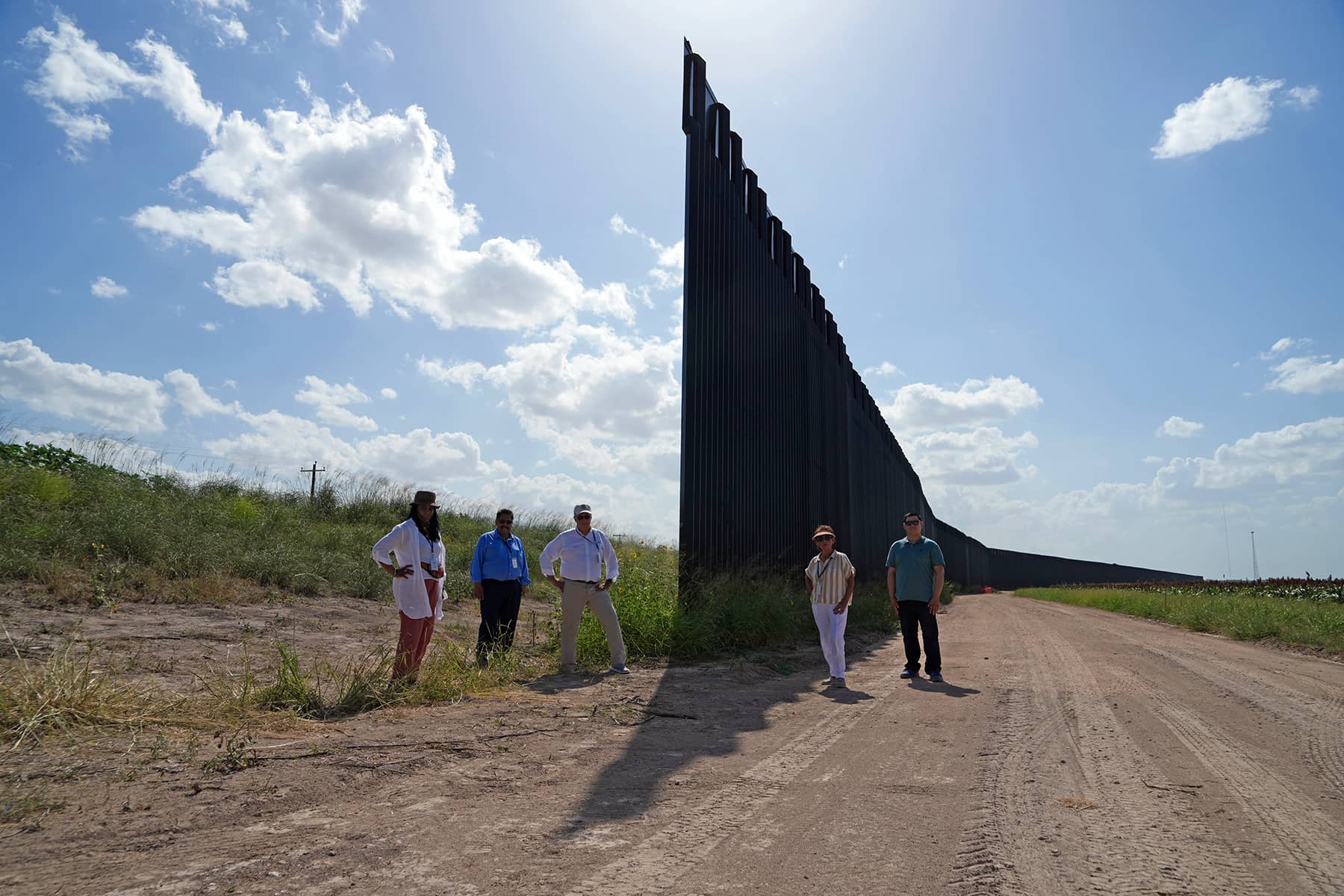 Forward Latino’s “border mission” grew after hearing conflicting reports from elected officials in the United States about the situation there. The goal was to get a first-hand report, detached from the politics surrounding immigration policies, remove hyperbole and fiction, bear witness to the facts, and report these findings to local leaders and government policy makers. .

I was embedded with the national leadership and board members of the Latino advocacy group for much of the week, documenting the trip. What the delegation found was incredibly tragic, in some ways more tragic than what I experienced in Ukraine following Russia’s brutal and unprovoked invasion.

Problems surrounding the issue of immigration abound, even among allies who must balance expectations with reality. The media usually report the most terrible situations, which are inflated by political interests. Such news is weaponized for elections, to shift the blame onto rival candidates and perpetuate a general message of fear to voters.

The information consumed by the American public is mostly tainted and without context. The complications of immigration policies cannot be summed up simply as who is to blame. The truth exists, but it often goes unreported or takes too much effort to find.

There are few to no headlines about the amazing cooperation between government and non-profit entities to meet needs and solve problems on the Mexico-US border. This vital, daily work is overshadowed because the situation is undeniably dire, and there is no way to sugarcoat it.

I have witnessed a growing humanitarian crisis of historic proportions, faced with heroic attempts to remedy conditions by local relief agencies, religious leaders and municipalities. At the border, physical barriers remained in place and were maintained. Advanced sensors and drones were also used to monitor areas where there was no physical barrier.

Of all the groups interviewed, none blames the others. There were different missions and viewpoints, but all groups were clearly interdependent and did their best to both manage their responsibilities and offer assistance to partners.

Title 42 was first invoked by the Trump administration in response to the COVID-19 pandemic in March 2020. It was used as a pretext to deport immigrants who legally seek asylum in the United States. President Biden tried unsuccessfully to abolish the controversial policy.

The border crisis was not initiated by the current administration, but has been around for a long time and will continue. The contradictory push and pull of immigration policies continue to retard economic stabilization and opportunity. Proactive measures are also needed for the Northern Triangle countries of El Salvador, Guatemala and Honduras, to change the conditions that are driving overwhelming numbers of people there.

“I knew what I expected to see, but looking into the eyes of children in newly erected refugee camps with hopeful eyes and wondering if I could be the one to help them get to the United States, well, the impact it had on me was something I wasn’t prepared for,” said Darryl Morin, national president of Forward Latino. Milwaukee Independent. “We heard story after story from immigrants about why they were forced to flee their home countries. The overwhelming majority continue to come from the countries of the Northern Triangle and Haiti. Most spoke of the extreme violence and poverty they endured in their home countries, only to suffer more violence on their journey, and then again, from the cartels who prayed for them near the border between Mexico and the United States.

These early findings came after Forward Latino met with immigrants at relief shelters and immigrant camps, U.S. Customs and Border Protection (CBP), numerous relief agencies, and religious leaders on both sides of the border. , as well as representatives from the Town of Brownsville office. Emergency Management and Homeland Security, the Mexican Government and the Mexican National Institute of Migration.

The Forward Latino delegation included members of its national board of directors and a representative from the Jewish Community Relations Council of the Jewish Federation of Milwaukee. Their group traveled from Milwaukee to the southernmost sector of the Mexico-United States border specifically for the fact-finding mission.

Areas visited included the towns of Brownsville, Hidalgo and McAllen in Texas, as well as the Mexican towns of Matamoros and Reynosa. The delegation also traveled the length of the Rio Grande River from Hidalgo to Brownsville, seeing the different types of barriers built, of varying heights, and at one point bypassing a barrier to inspect it from both sides.

U.S. Customs and Border Protection is the largest federal law enforcement agency charged with protecting the border, employing more than 21,000 Border Patrol agents. But they weren’t always necessary, as it was previously not considered a crime to enter the United States without permission. Immigrants could enter the United States without official permission and not fear federal prosecution for most of American history. That changed in 1929, when Congress banned border crossings with the specific purpose of criminalizing and imprisoning Mexican immigrants.

The Forward Latino mission debunked two oft-used policy claims that the United States is experiencing an increase in immigration due to the current administration’s open border policies and the removal of all restrictive policies put in place. in place by the previous administration. And that immigrants bring with them crime, drugs and disease. All of these claims were false.

The current outbreak is mainly due to worsening violence and economic conditions in the central and southern hemisphere. The increasing number of arrests, deportations and expulsions reported by the various sources of the United States Department of Homeland Security testify to this. The situation was also confirmed by the numerous official interviews and conversations of the delegation.

The COVID-19 pandemic initially caused a brief lull in immigration in 2020. But the social and economic fallout from the pandemic has deteriorated already fragile living conditions, pushing more people either to relocate for security reasons, or to seek refuge.

“We also continue to hear comments from elected officials that immigrants are a very real threat to our way of life. What we learned was that immigrants were much more likely to be victims of violence than to engage in criminal activity,” Morin said. “Cartels infiltrate makeshift camps and force immigrants of both sexes into prostitution, including children. Additionally, gangs threaten immigrants, demanding that they join their ranks or die.

Conservative politicians have historically manufactured a sense of urgency about the border situation to justify implementing extreme measures. Statistics consistently show, for example, that immigrants do not cause crime and are a boon to the American economy.

Forward Latino plans to release an official report of its findings in the coming weeks to share with its members and the public. The dates chosen for the trip were among the hottest of the year. The reason was that the tour takes place in the worst conditions, so that this experience can be evaluated in real conditions.

During a break between meetings and tours — and because it was so close — the group visited the SpaceX Starbase in Boca Chica. The site was a mirror of the NASA generation of the 1960s, when science fiction television shows like “Star Trek” promoted the civilized advancement of the human condition. Just up the beach from the SpaceX launch pads was the border wall, a stark reminder of the contrast that separated two nations.

Just beyond the towering barrier, which ran across the beach and into the ocean, were the refugee shelters we had visited. These camps housed people fleeing the trauma induced by decades of commercial and political manipulation by America.

At these sites, the Milwaukee delegation saw the results of long-failed policies as vested interests worked to rob people of their humanity on one side of the border. It was an explicit contrast to the technology and representation of SpaceX, with its vision of the future and its efforts to push humanity into the stars.