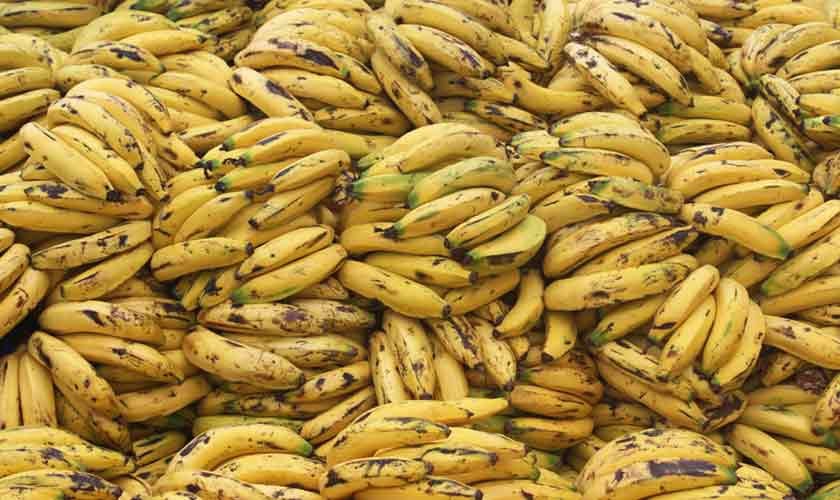 or many young Pakistanis from the upper-middle economic echelon of society, the phrase “banana republic” will likely conjure up the image of a high-end, hip clothing store. A store of the name, owned by Gap, Inc, was opened in 1978 to sell “safari-inspired” clothing. Early stores had safari-themed decorations like real foliage and jeeps. The name was taken from the pejorative term for poor and unstable countries in Latin America, where consumers from wealthy parts of the globe could now travel in style.

In the so-called banana republics, state institutions and the judicial system have been made flexible to the wishes and aspirations of the privileged minority. Most of the major decisions in the art of government, implemented by local agents in the service of capitalist/imperialist interests, have been taken in distant centers of the metropolitan world. The law was applied selectively and state institutions could be subjugated to the powerful. The banana republics, in a nutshell, were agent states, that is, they operated at the behest of more influential states. Naturally, their relationship with the great powers has had important consequences for the ways and means they employ. vis à vis their own people.

In some banana republics, senior government officials (on many occasions, including senior military officers) have pressured other officials to wage blood feuds against political rivals and defend their friends against judicial institutions.

Typically, a banana republic was associated with a society with extremely stratified social classes – usually a large impoverished working class and a ruling class plutocracy, made up of the business, political, and military elites. The ruling class controlled the primary sector of the economy through labor exploitation. Thus, the banana republic was a pejorative descriptor of a servile oligarchy which – through bribes – encouraged and supported the exploitation of large-scale plantation agriculture, particularly banana cultivation. A banana republic was a country with an economy of state capitalism. Countries were operated as private commercial enterprises for the exclusive benefit of the ruling classes. Over time, some people began to use the term to describe real Latin American countries – including Guatemala and the Dominican Republic – that had precarious economies and political systems, manipulated by American agricultural interests. The word “banana” referred to the fact that the fruit was a major export from these countries.

Many countries that became formally independent from colonial powers after World War II have at times subsequently tended to share some traits of banana republics due to the influence of large private corporations in their politics. Prominent examples of this phenomenon include the Maldives (resort companies) and the Philippines (tobacco industry, US government and some multinational corporations). Another classic example was the Kingdom of Hawaii, now the US state of Hawaii, which was once an independent country. American sugar plantation owners pressured the KingKal kaua to write a new constitution in 1887 that benefited American businessmen at the expense of the working class. Because of the threat of the use of force, this constitution is known as the “Constitution of the Bayonet”. In the case of Hawaii, the United States was also aware of the strategic military importance of the islands. He leased Pearl Harbor and then acquired Hawaii as a territory.

In the 19th century, the American writer O Henry (William Sydney Porter, 1862-1910) coined the phrase “banana republic” to describe the fictional Republic of Anchuria in the book cabbages and kings (1904). This is a collection of short stories inspired by his experiences in Honduras, whose economy was heavily dependent on the export of bananas. His stay there lasted six months until January 1897. He then hid in a hotel there while he was wanted in the United States for embezzlement in a bank. The novel, A hundred years of loneliness (1967), a best-selling book by Colombian literary maestro Gabriel García Márquez (1927-2014), depicts the imperialist capitalism of foreign fruit companies as a voracious socio-economic exploitation of the natural resources of the fictional South American city of Macondo and its inhabitants. At home, the corrupt national government of Macondo encourages the trade policies and labor practices of foreign companies, which brutally oppress workers.

In the early 20th century, the United Fruit Company, an American multinational, was instrumental in creating the banana republic phenomenon. It all started with the introduction of bananas to the United States in 1870, by Lorenzo Dow Baker, captain of the schooner Telegraph, who bought bananas in Jamaica and sold them in Boston at a profit of 1000%.

Christopher Hitchens, in his article published in Vanity Fair, mentions that the guiding principle of bananism is kleptocracy; those in influential positions use their time in power to maximize personal gain, always ensuring that any shortfall is made up by the unfortunate whose daily lives consist of earning money rather than earning it. There can therefore be no liability. We resist it at all costs. Hitchens points out: “In a banana republic, the members of the national legislature will be (a) largely for sale and (b) consulted only for ceremonial purposes and approval after all the really important decisions have already been made elsewhere. .

Another characteristic of a banana republic is the tendency of tribal and sectarian elements to flourish at the expense of reason and good order.

The author is a professor in the faculty of liberal arts at the National University of Beaconhouse in Lahore. He can be reached at [email protected]

OPINION: Liz Truss, the embassy and the politics of the empty gesture