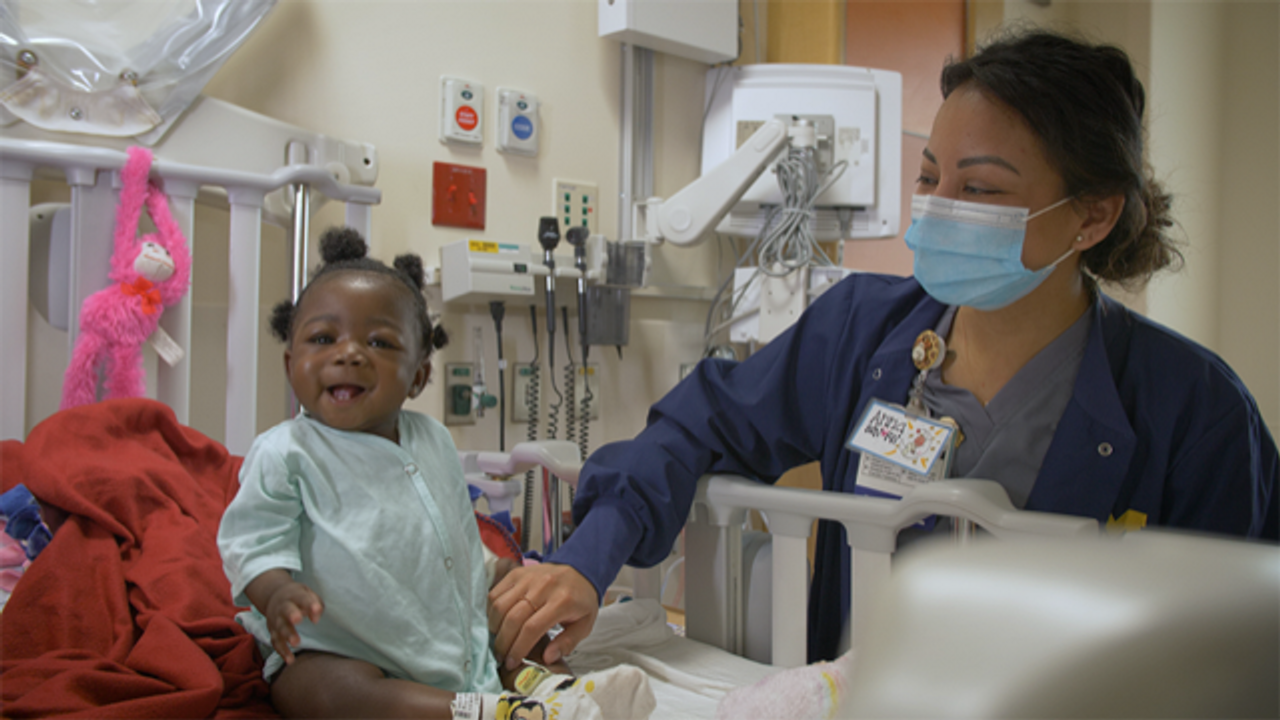 More than 300 nurses, respiratory therapists and X-ray technicians began a 10-day strike Monday, May 23 at Saint Michael’s Medical Center in Newark, New Jersey. The action is the latest in a wave of strikes and protests by health care workers across the United States and around the world.

Saint Michael workers struggle with low wages, inadequate health insurance, insufficient supplies of personal protective equipment (PPE) and understaffing. The hospital is demanding feedback in the new contract and has failed to address workers’ concerns over safety and pensions.

The previous contract expired on May 4 and the Jersey Nurses Economic Security Organization (JNESO) issued a strike notice on May 11. A negotiation session is scheduled for May 31.

The hourly wage for nurses is $44, which Saint Michael workers say is not competitive in today’s job market. Nurses are also protesting against Saint Michael’s poor health benefits. Choices include a widely criticized self-insurance plan that would involve an $11,000 deductible, $10,000 cap and no out-of-network coverage.

PPE is also a critical need during the ongoing coronavirus pandemic. New Jersey recorded 5,194 new cases and 13 deaths on May 27. Saint Michael workers are calling for more supplies such as masks and gowns. Rather than protect its employees, the hospital rationed PPE and provided it in quantities inconsistent with Centers for Disease Control and Prevention guidelines.

These unacceptable conditions have contributed to a staff shortage at Saint Michael’s. The hospital is short of 42 registered nurses and 17 technicians. This is part of a massive understaffing and overwork of nurses hugely exacerbated by the pandemic. As in other hospitals, the understaffing at Saint Michael’s is a deliberate policy aimed at reducing expenses and increasing profits.

Prime Healthcare, the company that owns Saint Michael’s, is offering insulting annual raises of 2% for each of the three years of the proposed contract. The current inflation rate is over eight percent, and these conditions would mean a significant reduction in the real wages of health care workers.

In addition to this pay cut, the company wants to eliminate annual increases based on seniority (known as “steps”) which are paid in addition to contractual increases. It also aims to remove a ban on “floating” so that nurses can be assigned to units they are unfamiliar with and have not been trained for.

Prime Healthcare, based in Ontario, Calif., bought Saint Michael’s after the hospital went bankrupt. The Company’s other New Jersey holdings are Saint Mary’s General Hospital in Passaic and Saint Clare Hospitals in Denville and Dover. Prime Healthcare not only exploited its staff, but it was also reportedly unable to negotiate reimbursement rates with major state insurance companies such as Aetna and United Healthcare.

JNESO is asking for a 6% increase for each year of the contract. While this proposal is more than the company’s, it would also mean lower real wages. This fact and the union’s decision to limit the strike to 10 days demonstrate that JNESO is not waging a serious struggle for the needs of the workers.

In addition, JNESO has filed unfair labor practice (ULP) complaints against the hospital, including a claim that the administration refuses to negotiate in good faith. Strikes conducted under a ULP designation are limited to “non-economic” demands (ie those not related to wages and working conditions). Unions regularly use this tactic to impose a favorable agreement on the company and end the strike without responding to workers’ demands.

Newark’s healthcare workers are far from alone in facing understaffing, overwork, low pay and substandard health insurance. Nurses across the country are striking and protesting the same conditions. On Tuesday, more than 400 mental health workers in Minneapolis, Minnesota, went on a day-long strike at Minnesota University M Health Fairview and two Allina Health hospitals over the same issues.

Workers at Providence Saint Vincent in Portland, Oregon, authorized a strike earlier this month. In California, workers went on strike at Cedars-Sinai, Stanford, Packard, Sutter and Kaiser Permanente. Additionally, the contracts of about 6,000 nurses in the University of Michigan Health System will expire in July.

Nor is the anger of healthcare workers confined to the United States. Workers in New Zealand and Germany also organized actions this month on similar issues.

Unions have worked to isolate nurses and sabotage all of these struggles. At Cedars-Sinai, the Service Employees International Union-United Healthcare Workers West ended the hospital workers’ strike after five days without reaching an agreement. At Stanford, the Committee for Recognition of Achievement in Nursing abruptly ended the strike and imposed a contract that ignored workers’ demands for better staffing and higher wages. Despite the impending expiration of the contract with the University of Michigan Health System, the Michigan Nurses Association-UM Professional Nurses Council has made no serious preparations for a fight.

Healthcare workers are learning through bitter experience that unions no longer fight for their interests in any meaningful way. In all sectors, unions have gradually become integrated into the companies with which they are supposed to bargain.

On May 22, nurses across the country took a big step forward in their fight. At a meeting organized by the World Socialist Website Health Workers Newsletter, the workers founded a national steering committee to help establish rank-and-file committees in every hospital and workplace. These committees will be independent of the unions and the two political parties.

Their immediate objective will be to defend the interests of all healthcare workers. But the committees will also work to connect workers’ struggles in a united struggle against the root cause of their exploitation: the for-profit health care system.

To get involved in organizing rank-and-file health worker committees, fill out the form at the bottom of this page.