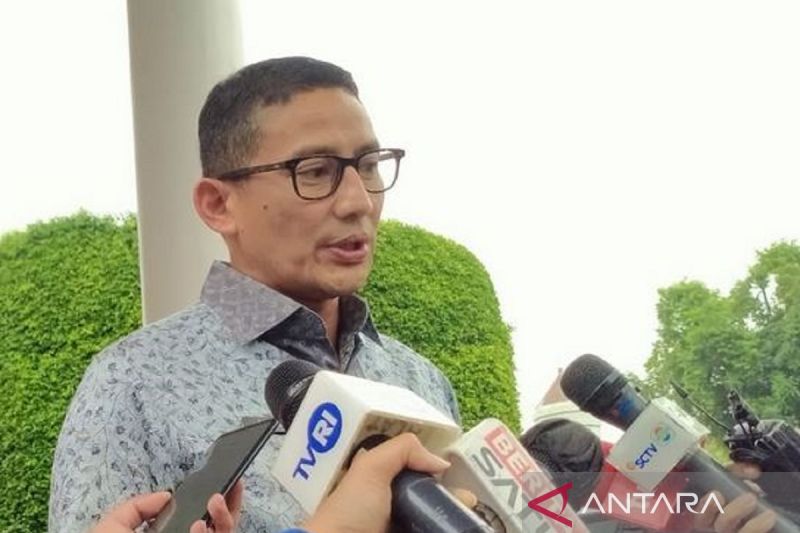 There are six sites in six cities that will be used, namely Bali as the main destination, South Sumatra, West Java, Central Java, Jakarta and Surabaya. We will prepare organized trips for the regions.

Jakarta (ANTARA) – Tourism and Creative Economy Minister Sandiaga Uno has said his ministry is preparing tourism packages for six cities that will host the U-20 World Cup in 2023.

“There are six locations in six cities that will be used, namely Bali as the main destination, South Sumatra, West Java, Central Java, Jakarta and Surabaya. We will prepare tour packages for the regions,” Uno said at Merdeka Palace. , here, Thursday.

President Joko Widodo (Jokowi) has directed the Ministry of Tourism and Creative Economy to prepare premium tourism promotions, pre- and side-events and creative economy products as Indonesia has been designated to host the international soccer event, Uno informed.

The minister said he has prepared a number of tourist destinations for the World Cup, including Bromo Tengger Semeru National Park in East Java region, Borobudur Temple in Central Java region, natural tourism and culinary in West Java, as well as history-based tourism. and leather crafts in South Sumatra.

“This includes our digital marketing approach to leverage this event for our destination tourism promotion as well as our creative economy products,” he added.

Earlier, Youth and Sports Minister Zainudin Amali informed that the U-20 World Cup was to be held from May 20 to June 11, 2023 and will feature 24 participating countries including the host, Indonesia.

The event was supposed to take place in 2021, but was postponed by FIFA due to the COVID-19 pandemic.