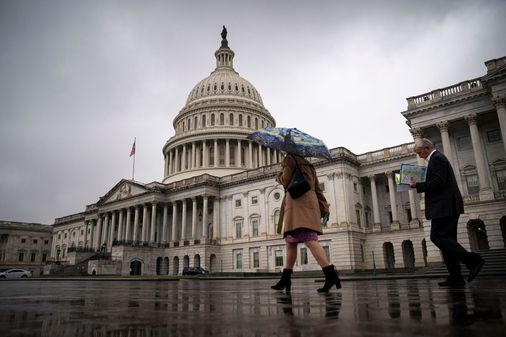 The novel revolves around Nancy Harrison and her children, Nick and Greta. Nancy inherited the congressional seat from her husband decades ago when he died in a drunk driving accident (after a bitter fight with Nancy, while clinging to her mother on the phone ); now, having proven herself as a top liberal politician, she is running for an open Senate seat in New York. His opponent, Chip Carmichael is a conservative hack “whose most impressive accomplishment was hiding his Botox” but also a charming and famous television star. Oh, and the fate of the Senate majority likely hangs in the balance.

So Ginder likes his high stakes. And he ups the ante in the front pages when Greta, whose strained relationship with her mother has reached a new low, moves to Paris to live and collaborate with a right-wing bigot hungry for fame. Xavier persuades Greta to be filmed throwing a bottle of champagne through a restaurant window during a riot, which is less of a political statement than a move designed to further Xavier’s ambitions while doing harm. in the countryside of Nancy.

Desperate, Nancy turns to the good son, Nick, to help subdue Greta. Nick recently left his high-stress political career as his mother’s right-hand man – “at the request of his mother, Nick had brought not one but both Cuomo brothers to tears” – to become a professor at New York University . But he gets sucked into the family melodrama again, even though he may have just met Mr. Right. (Ginder is a former political speechwriter who now teaches at NYU; Nick’s new boyfriend has a dog named Frank; Ginder and her husband have a dog named Frankie.)

Ginder is at his best when he throws all his plates in the air, introducing new characters and subplots, weaving everything together. That’s what made my airplane reading (about the first two-thirds of the book) so much fun.

Sure, it’s slick and plot-driven like a Hollywood movie, with short scenes and snappy dialogue, but Ginder deftly blends politics and family, humor and drama, and brings the three Harrisons to life. .

Nancy is a hard-nosed pragmatist in pursuit of her political goals, but when the kids were young she knew her toughest battle was work-life balance, trying to parent over the phone from the Capitol to Manhattan: her with excruciating joy. Their voices reminded her that she belonged to them, but also the missed birthdays, the skipped meals, the nightly shuttles from National to LaGuardia.

Nick quit politics because “the moral equivocations got a little too easy and he fell asleep a little too easily at night”, and he now devotes himself to writing a musical about Joan Didion, which reflects his own repressed desire to leave New York.

Greta is a lost soul, whose struggles to find her place in her family hamper her ability to find her place in the world – she ditches a boyfriend, deliberately takes on a senseless job and lives in a shitty apartment, and wastes time to play (while insisting she is not a player). These are movements that appear to be acts of post-teen rebellion. She gets the only first-person section of the book, where she thinks, “I’ve always had trouble telling the difference between being alone and being bored.”

Ginder is fully aware of its story and its three main characters, but the book has design flaws. Xavier is cartoonishly sketched, and even Nancy’s campaign manager Cate feels guaranteed. At first she seems to have potential as a major character with an outside perspective, but eventually Ginder uses her presence and reactions more as plot points.

And some of those plot points, mostly dazzling when all the plates are in the air, come crashing down towards the end. A major twist becomes evident before the reveal, and when the action veers in truly surprising directions, their over-the-top nature strains credulity and undermines some of what Ginder has achieved with his empathetic, realistic portrayals of the Harrisons.

Yet even if Ginder doesn’t quite stick on landing, once you’re immersed in the lives and minds of Nancy, Nick, and Greta, you’ll feel like you know them and want to keep hanging out. with them. So buckle up and enjoy the ride.

LET’S NOT DO THIS AGAIN

Stuart Miller has written on books for The Washington Post, New York Times, Los Angeles Times, and other publications.