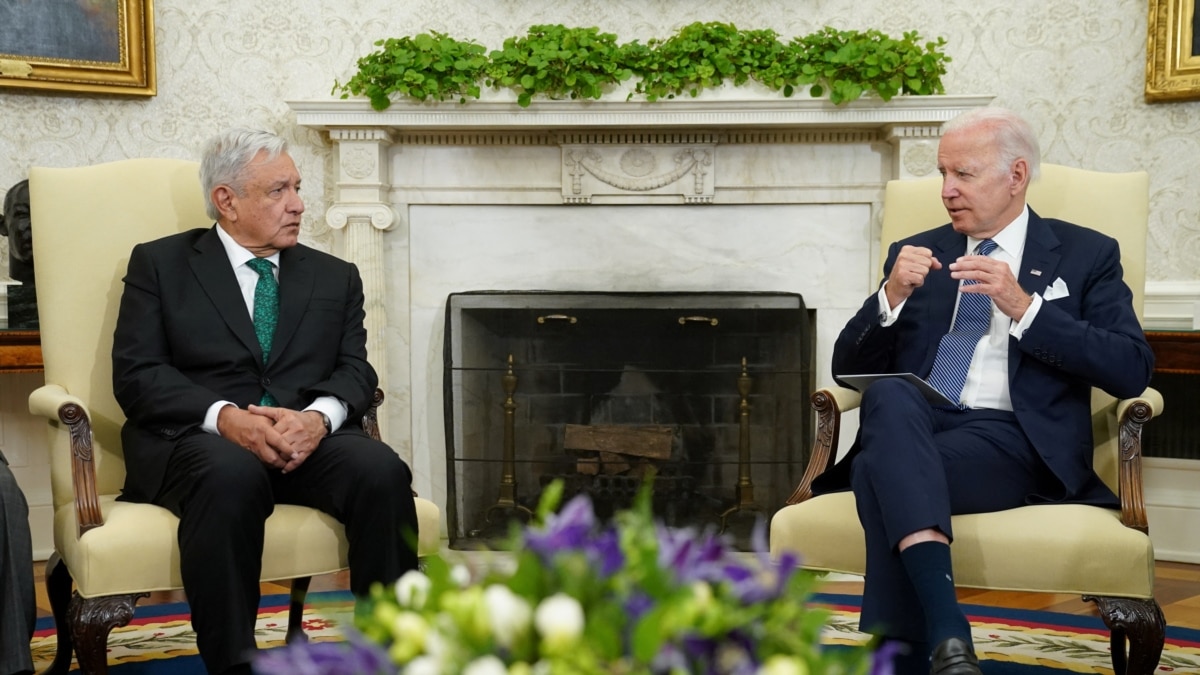 Mexico’s president made his second visit to the White House on Tuesday as the Biden administration said it was on track to double the number of temporary work visas for migrants from Mexico and Central America. The move comes as migration increases from Central America’s Northern Triangle countries of Guatemala, El Salvador and Honduras.

The left-wing populist leader held a lengthy public address with US President Joe Biden in the Oval Office before the two sat down privately to discuss common neighbor challenges.

President Andrés Manuel López Obrador previously met Biden at the White House in late 2021, for a three-way summit with Canada.

On Tuesday, the leftist leader had Biden all to himself in the Oval Office.

Biden was visibly amused when López Obrador, through a translator, spoke for more than half an hour on topics such as the economy – “the reality we now live in makes it necessary and indispensable for us to produce everything we consume in our countries and regions,” he said – and the controversial nature of American politics.

“I know your opponents, the conservatives, are going to be screaming everywhere,” López Obrador said as Biden laughed. “Even to heaven they will cry to heaven.”

Both leaders indicated that their earlier disagreements, while not forgotten – and perhaps not quite forgiven – were firmly in the past.

“Despite our differences and our grievances which are not easy to forget – neither over time nor with good intentions, on many occasions – we have been able to meet and work together as good friends and true allies,” said Lopez Obrador.

“It’s a relationship that directly impacts daily life, the daily life of our people,” Biden said. “And despite the overhyped headlines we sometimes see, you and I have a strong and productive relationship.”

This, the Biden administration said, is evident in its decision to expand legal options for migrants from the Americas. The US Border Patrol said the number of attempted crossings has jumped. In fiscal year 2021, the border force reported 684,000 encounters on the southwestern border, up from 400,000 the previous year.

“We actually believe we will achieve that goal of doubling the number of H-2 temporary work visas for Central Americans this fiscal year,” Katie Tobin, senior director of cross-border operations at the National Security Council, told VOA. during the meeting of the two presidents.

“It’s really at the heart of the Biden administration’s policy on how we want to address irregular migration,” she said. “We know that if we want to reduce the number of people who migrate irregularly and have to rely on these criminal smuggling networks, we need to expand the number of legal channels.”

While it’s worth noting that Mexico’s president has visited the White House twice in a year, the former Mexican ambassador to the United States told VOA that López Obrador’s accent is largely national.

While López Obrador has visited Washington three times – and New York, once – as president, he has made just five total foreign trips since being elected to a six-year post in 2018.

“I don’t think López Obrador will be a bridge to Latin America just because López Obrador is not interested in foreign policy,” Arturo Sarukhan told VOA, via Zoom, from London.

“He is a man who ran his presidential campaign saying that the best foreign policy is domestic policy,” Sarukhan added. “I think what’s really important in this meeting in Washington today is President Biden’s commitment to ensuring that US-Mexico relations remain on the same footing, especially since the two countries remember that every 12 years, Mexico and the United States hold presidential elections in the same year.”

The next US-Mexico election eclipse will be in 2024.

VOA’s Jorge Agobian and Chris Hannas contributed to this report.