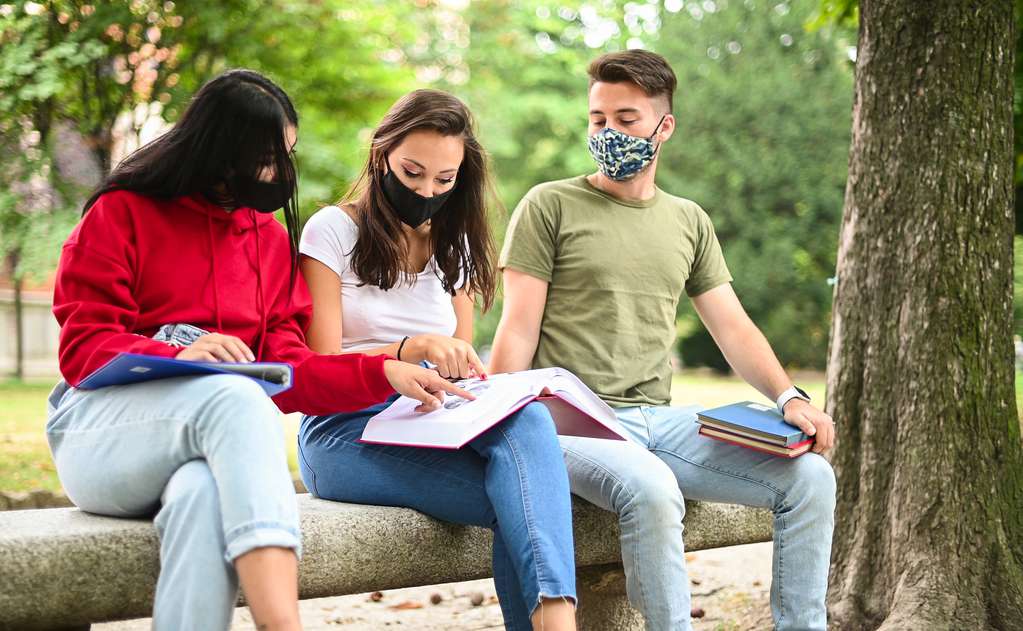 Between Hope and Resignation: Youth and Politics in Latin America

On the one hand, digitization and new protest movements, and on the other hand, the traditional problems of corruption and social dislocation, make the young people of Latin America particularly vulnerable. the center of political and social unrest in the region.

The pandemic has affected young people at a particularly decisive moment in their academic training, and some have suffered a severe blockage in their usual pace of life. According to the latest UN survey young people aged 15 to 29 in Latin America and the Caribbean, 52% of those surveyed said they had suffered from stress and anxiety as a result of the pandemic.

Therefore, the migration of many Latin American youth activities has intensified, which compared to other generations were already digitally connected to virtual space. In fact, already in 2019, young Latin Americans spent on average nearly three and a half hours a day on social networks, almost double that of North Americans.

According to the aforementioned UN survey, 93% of young people surveyed consider themselves well informed about the pandemic. Opinion on your own government’s response to the pandemic is more different. While 30% rate it as little O very bad, a similar percentage consider it half (32%) and good O very well (38%). Only 21% of those polled said their own family had received government benefits related to the pandemic.

16% said they had lost their jobs due to the pandemic or that their work had been reduced (for example, due to part-time work or loss of income). Given this situation, it is not surprising that in the list of personal concerns about the future, the economic situation of the family itself ranks first, with 64%, followed by fear of losing a family member and a delay in their own education, with 50% each. The political conflicts, on the other hand, they are far behind, with 32%.

KAS survey on young people: crisis of confidence in institutions and parties

However, young people have been and are the protagonists of many social and political conflicts. This is especially true in the case of the social unrest that plagued Latin America before and during the pandemic. The most striking example is that of Chile, where a protest movement initiated with determination by young people gave rise to a new constitutional process.

Last but not least, the famous Chilean schociologist and writer Carlos pena points out that in addition to all content-related claims, the factor should not be underestimated generational in demonstrations, because in a context of weakening traditional bodies of guidance such as churches, unions or political parties, youth activism is most strongly influenced by their own subjective experiences, consumption and multiple growing influences.

This is true not only for Chile, but also for other scenarios of social mobilization and very different political protests in recent months and years, such as Brazil, Bolivia, Ecuador, Guatemala, Colombia, Cuba or Peru. What all of these events have in common is that the calls for mobilization have been produced primarily through digital media and have been sustained and are being sustained by rather lax and uninstitutionalized alliances.

Often these protests, mainly led by young people, are directed against the perceived inability of a sclerotic political system to respond adequately to demands for more participation, more rights of all kinds and for various social groups, more prosperity or more educational justice. In this context, political parties they are often seen as part of the political system against which to fight.

It is interesting to note that in many Latin American countries the right to stand for election for various positions, such as councilors, deputies or the presidency, is only granted after 21, 25, 30 or even 35 years (in the case of the post of senator or president in Brazil and Chile).

The first signs even suggest that the coronavirus crisis has taken young people in Latin America even further away from formal political bodies. The fact that the confidence of many young people in their political elites has continued to decline is also a common thread of a Non-representative survey conducted by the Regional Political Parties and Democracy Program in Latin America among more than 350 people affiliated with the Konrad Adenauer Foundation (KAS) and young people with a high level of political commitment between 18 and 35 years old.

In this group, 31.7% of participants said they were unhappy with their governments, while 33.7% were quite pessimistic about the future of their country. However, another result is even more revealing. When asked if their colleagues are interested in politics, only 36% said yes.

For older people, and especially young people, an old problem in the region continues to be their biggest challenge: corruption. For a long time, the region has not performed well in international rankings in this direction. In recent years, a series of spectacular corruption scandals, such as the revelations surrounding the trial Car wash, have placed the issue at the center of public debate, further undermining the already low confidence of the population in its political class.

For the young, poverty and inequality are particularly evident in the education sector. In most Latin American countries, the education sector is underfunded and characterized by a large sector of private schools, which, however, are mainly accessible to young people from high-income families. Although more than two-thirds of students who drop out of school are graduates of public schools, they make up only a quarter of students in public universities. Half of the children cannot read or write correctly after primary school; 90% of them come from families of the lowest strata.

In this context, it is not surprising that, for the young respondents of KAS, the majority of whom are engaged in academic education, educational equity is an important aspect of their political demands. However, access to quality higher education is much more limited in Latin America than in Europe, because it is much more linked to the challenges of social progress than in rich industrialized countries.

While in Europe there is a tendency to associate education more with pathways to self-actualization and personal development, the KAS survey suggests that many young Latin Americans place more importance on the material aspects of their studies. than are linked to a safe, adequate and stable working relationship. In general, the positive attitude towards the personal future increases in proportion to the level of education.

Another interesting aspect of the KAS survey is that although the majority of respondents consider that the climate change is one of the most pressing global challenges (59.2%), ahead of poverty (47.9%), is far behind when it comes to assessing the main political challenges of the country itself, as mentioned by only 10.4% of people interviewed.

Corruption (57.4%), education (41.6), unemployment (38.8), poverty (32.6) and drug trafficking (20.2) occupy the first positions. Climate strikes and similar actions in Latin America are, at best, a marginal phenomenon in the most economically advantaged areas.

Apparently, general social issues related to lack of economic and political stability and affecting their own livelihoods weigh more heavily on the daily lives of the younger generation than more abstract climate issues.

The same goes for questions of foreign policy. The European Union (37.8%) and the United States (19.8%), which are perceived as positive, constitute points of reference for the foreign policy of their countries. The EU is clearly seen as a model of good practice from which to draw lessons for policy making in your own country. The United States is above all a place of nostalgia, from which many hope for a better life than in their country of origin.

It is true that the majority of respondents believe that their country’s foreign policy should be done in cooperation with other states. However, a relatively large part of 30.4% of those questioned say that this foreign policy must above all follow their own national interests, even independently of multilateral organizations.

Regarding China, ignorance prevails above all. Given its global significance for the future and huge Chinese investments, as well as the enormous political pressure exerted by Beijing in much of the region, the issue receives little attention, especially among young people.

Compared to previous generations, who often fought authoritarian systems in their formative years, today’s young people in Latin America, with all their deficits, have largely grown up in democratic state structures. While previous generations viewed democracy as the goal of their political engagement, The political engagement of many young people on the continent today is directed against the existing or perceived deficits of these democratic systems.

There is the danger that the protest against these shortcomings will turn into a growing distrust of democratic institutions and decision-making processes as such. To avoid this, it is urgent that institutions and parties establish new channels of communication on the reality of young people and give them real opportunities for participation. It is only if the demands of young people are taken seriously and actively included in the formation of structures of social consensus that Latin American democracies can remain sustainable.

* This text was published in Political dialogue, such as the Latin American contribution of an article in International news to 2021 comparing young people from West Africa, Southeast Asia and Latin America.

Disclaimer: This article is generated from the feed and is not edited by our team.